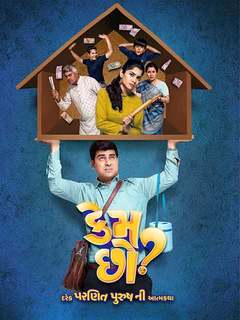 Kem Chho? (transl.?How are you?) is a 2020 Indian Gujarati-Language Family Drama Film written and directed by Vipul Sharma and produced by Shailesh Dhameliya. It featured Tushar Sadhu, Kinjal Rajpriya and Dilipsinh Jhala in substantial roles.[1] Rahul Prajapati composed the music, while Sreekumar Nair was the cinematographer. The film was released on 17 January 2020.[2]